Submitted The Dead Spend No Gold: Bigfoot and the California Gold Rush.

I sent The Dead Spend No Gold to the publisher of Led to the Slaughter, Books of the Dead Press.

This is the sequel, starring young Virginia Reed. 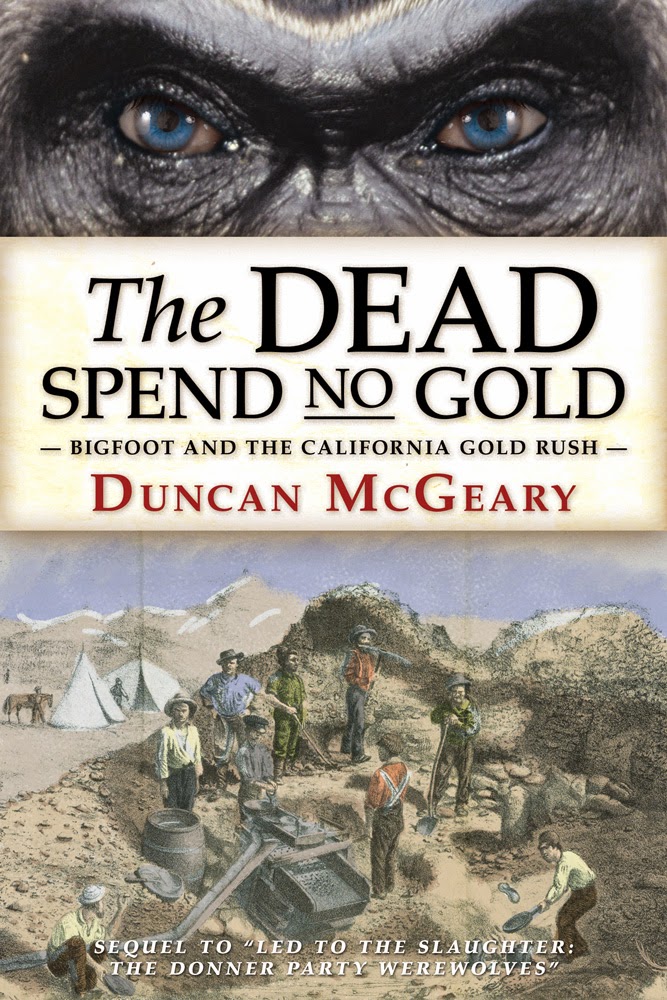 I wrote a rough synopsis, which will need to be refined (the publisher is good at this).

But very roughly, this is it:

Virginia Reed survived the Donner Party (in Led to the Slaughter: The Donner Party Werewolves) only to once again find herself in a life and death struggle with a creature out of nightmares.  With gold discovered in the same mountains where she had fought to survive the winter before, California is flooded with gold miners, who are pushing the Indian tribes off their lands, or killing them if they won't leave.  But there is a creature in those mountains that won't be so easily removed, who reacts to the invasion of his territory by killing everyone who trespasses.  Virginia finds that it is her destiny to confront such creatures.  The Indians call her the Canowiki, the Hunter, and with the help of her friend, Jean Baptise (who survived the Donner Party but was transformed) and the Miwok girl, Feather, she confronts the Skoocoom, a monstrous creature that has always lived, hidden, beside us.