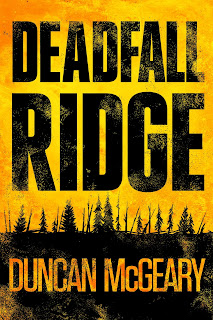 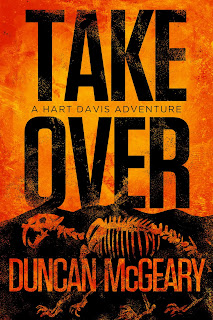 "Deadfall Ridge" is going to be a BookBub international promotion on Sept. 13th, which means it will be a selection everywhere but the USA. The publisher is going to lower to price of the book to 99 cents in the USA too.

Just in time for the sequel, "Takeover (A Hart Davis Adventure)" to be released on the 10th of September.

So that's an exciting double whammy.

It's pretty hard to get a BookBub promotion--about a 3% chance according to them, though it's probably easier for an international selection. Still, a big deal.

It's encouraging enough to keep me going. I have a couple of ideas for Hart Davis Adventures, and this is obviously the direction to go.

Especially since you can get "Deadfall Ridge" my best-selling book for only 99 cents in about a week or so.

But if you don't feel like buying my books, I still thank you for reading this blog. It helps to know that there are people out there paying attention.

So meanwhile, I've started working at the store again, on Sundays and Mondays and whenever Sabrina needs extra time. It's very rejuvenating. The only reason I wasn't working was that my guys needed their hours.

The store has now "beat last year" in 8 out of the last 9 months. It's especially gratifying to see books and graphic novels doing so well.